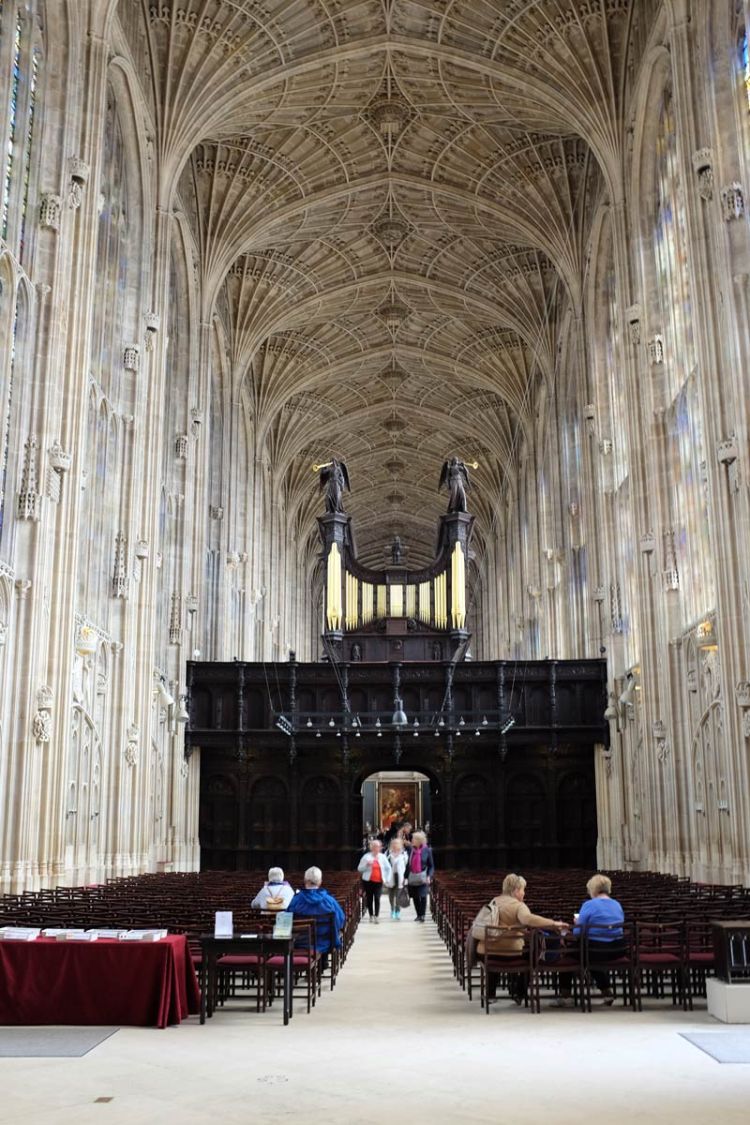 I’m a big fan of fan vaulting (haha) because it is one of those architectural gems that looks like it defies sense. How can that fine tracery hold up the weight of the roof?

I started to caption this photo and it struck me that the word ‘chapel’ doesn’t sit very well with such a big and grand building.

The Oxford English Dictionary describes a chapel as ‘a small building or room used for Christian worship in a school, prison, hospital, or large private house.’

Merriam-Webster describes a chapel as a subordinate or private place of worship such as a place of worship serving a residence or institution, a small house of worship usually associated with a main church, or a room or recess in a church for meditation and prayer or small religious services.

The page about the chapel in the King’s College website describes the chapel as follows:

King’s College Chapel is a splendid example of late Gothic (Perpendicular) architecture. It was started in 1446 by Henry VI (1421-71) and took over a century to build. It has the largest fan vault in the world and some of the finest medieval stained glass.

Maybe it’s just me, and while Christianity is not my religion, I acknowledge that there is a ‘pull’ on the one hand towards venerating the deity in the most awe-inspiring way possible, and on the other hand, towards maintaining humility. So awe has its place. But calling this building a chapel? Surely not.

So while the first of the Merriam-Webster definitions fits the King’s College chapel in that is serves the institution of the college, small it is not. And magnificent building that it is, King’s College Chapel seems to me the idea of a chapel run riot and is wrong.

Over on the western side of England, is Bath Abbey. Here is a photo of its fan-vaulted roof that I took in 2011. I don’t know whether it is the second or third or thirty-third largest fan fault in the world, but it is a lovely building.

And as to why Bath Abbey is called an abbey, read this article on Bath Abbey.

8 thoughts on “The Chapel At King’s College Cambridge”