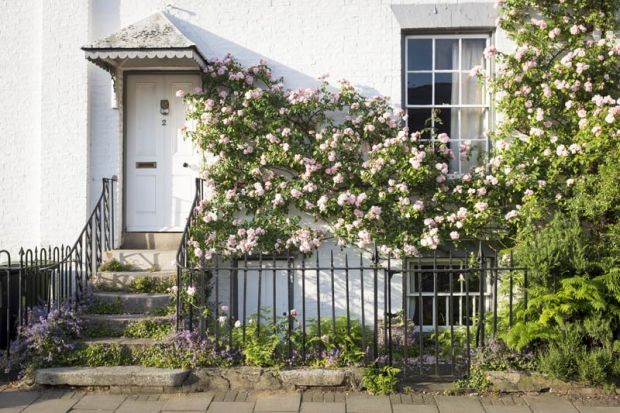 As Tamara and I passed this house, she commented on the roses around the door and how “quintessentially English” the frontage looked.

It got me thinking about the word quintessential. Where does it come from?

Here is the etymological dictionary on the word quintessence:

Early 15th century. In ancient and medieval philosophy, quintessence was the pure essence, the substance of which the heavenly bodies were composed. Literally, the fifth essence.

The fifth essence is outside of the four essences – air, fire, earth, and water – and something more transcendent.