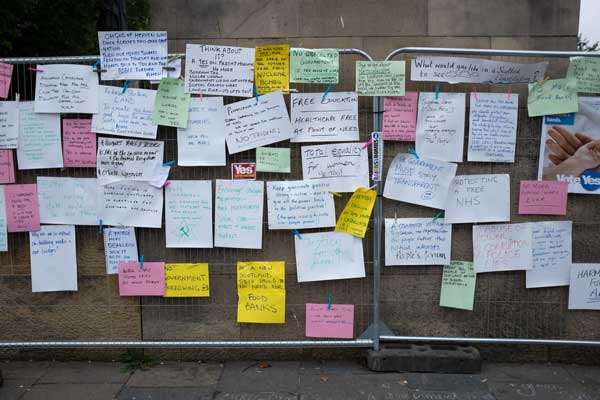 What Do We Want

Yesterday in the centre of Edinburgh, someone had erected this wire frame and invited people to put up notes about what they would like to see in a Scottish constitution.

Justice, the rule of law, transparent democracy, local power, social housing, an end to food banks… the list went on. 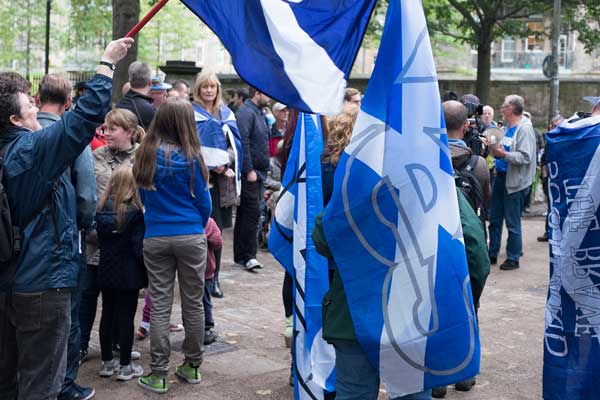 Then last night there was a rally for the YES campaign on the Meadows here in Edinburgh. That’s where I took the two photos above that you can see.

It’s a testament to the camera that the scene looks almost broad daylight because it wasn’t. Dusk was creeping in. So when I saw a couple of huge flags waving about, my mind skipped to pre-war Germany. I have a thing about flags. When I see a flag waving, I want to get as far away as possible.

But when I saw the flags I wondered at the nationalism. I have said before that ‘nationalism’ is a loaded word. Use the word ‘community’ and everything changes.

So last night I had a long, hard think about which way I was going to vote today. I made my mind up a long time ago, so this was a last minute reassessment brought on by the flags.

In the end, it was the light of day that told me again what I have learned since we came to live here in Scotland – that certainly the people are very friendly. And I use the word in the proper sense – of people who give respect – who greet and talk and take an interest in you as a whole human being.

This photo is outside one of the polling stations – a low-key affair as they all are. No flag waving. 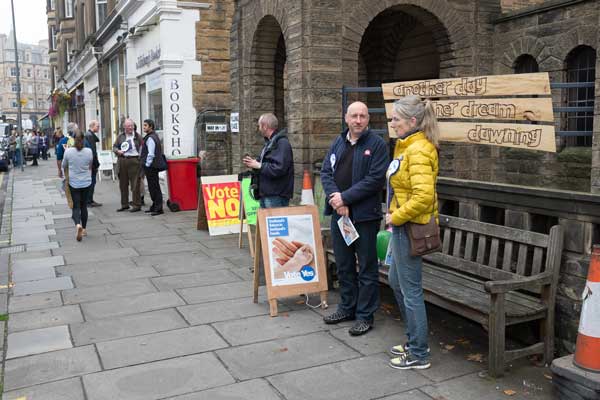 So here is to Scotland whichever way the vote goes. To the humanity in a shared expression, a shared smile.

I guess this might seem romantic or skewed, and perhaps it is. But to give the people of Scotland the chance to be what they want to be, I have to vote yes.