His ‘The Thinker’ and ‘The Kiss’ were there.

In my mind’s eye I already had an image of how the couple in The Kiss were entwined and melted into one another, and here in the photo above is the couple, seen from the front.

The Front and The Side

I know there isn’t a ‘front’ and a ‘side’, exactly, on a sculpture that is by its nature something that can be seen all the way around.

But I think that is more or less the ‘front’ – the position from which the two are seen most entwined, having a good old smooch.

But come around the side and surprise! The man is sitting upright, straight backed. 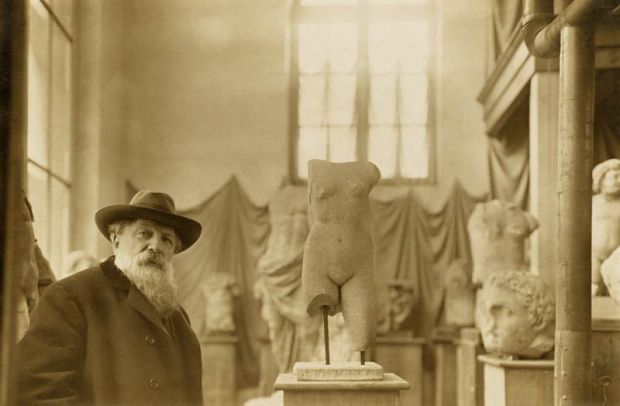