Tamara and I spent a few days in London after returning to the UK from Italy.

Here I’ll look at some of the portraits in the National Portrait Gallery.

The paintings are those that caught my eye, a couple of them for not-so-obvious reasons. 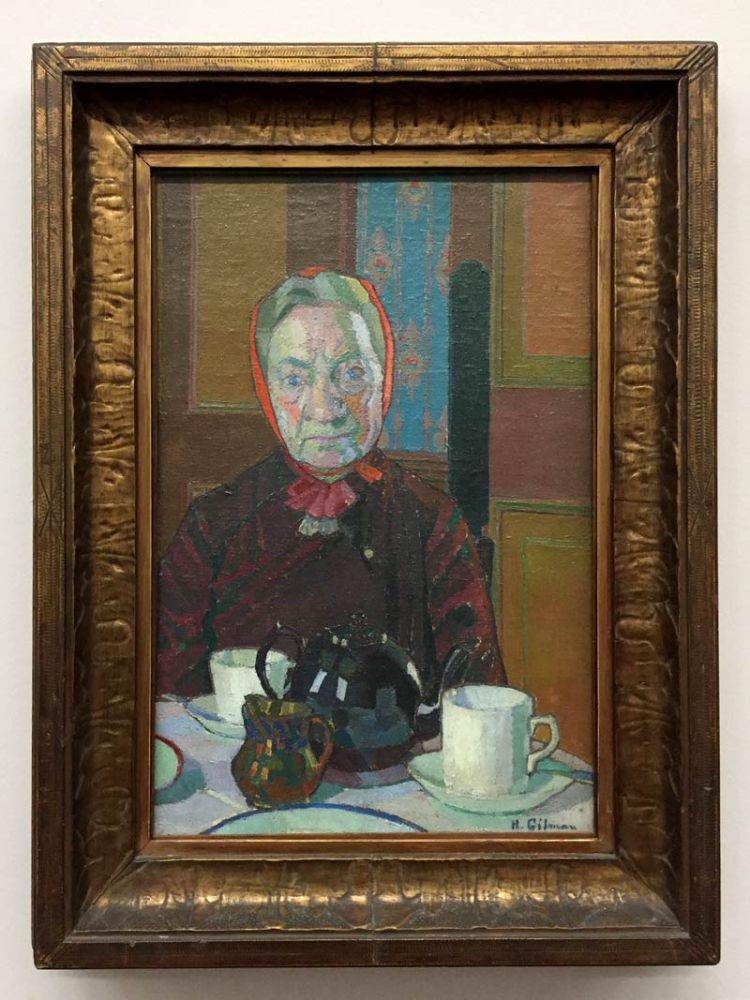 This is Mrs Mounter At The Breakfast Table by Harold Gilman, painted in 1917. I like it because of the inward expression in the woman’s face and the way the planes in the face are broken up, and because of the colours. It reminds me of a Van Gogh. 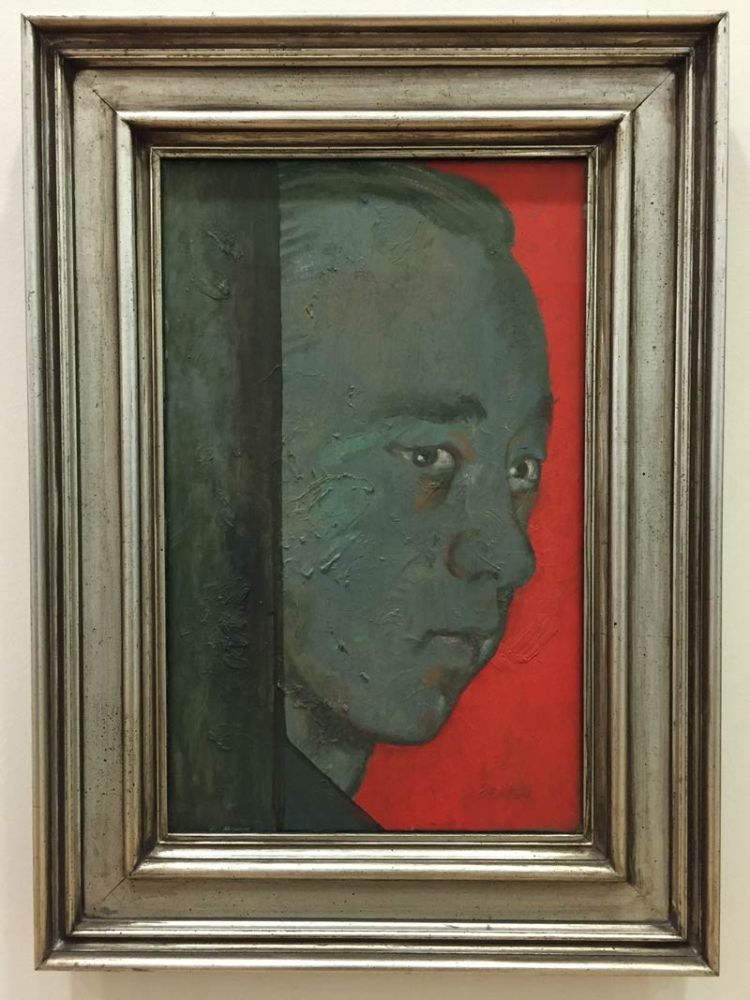 This is the painting that is the most intriguing. It is entitled William John Christopher Vassall and it was painted by Cecil Beaton in 1966. Vassall was a British civil servant who was blackmailed into spying for Russia because he was a homosexual.

In 1952 he was appointed to the staff of the Naval Attaché at the British embassy in Moscow and two years later he was entrapped by the Russians and started spying for them.

Homosexuality was decriminalised in Britain in 1967. So the threat of exposure was not just the social stigma but also the risk of a prison sentence.

He was caught in 1962 and served ten years in prison.

Cecil Beaton was a famous photographer of royalty and celebrities. After seeing the painting of Vassall I sought out a book of Beaton’s portraits. I don’t know why I hadn’t done so before: He’s a terrific photographer. And, as is obvious from this portrait, he was also a painter.

The thing is, he painted this portrait of Vassall in 1966 when Vassall was in prison.

Had they met earlier? Did Beaton get access to Vassall in prison? I have googled for information but found nothing. 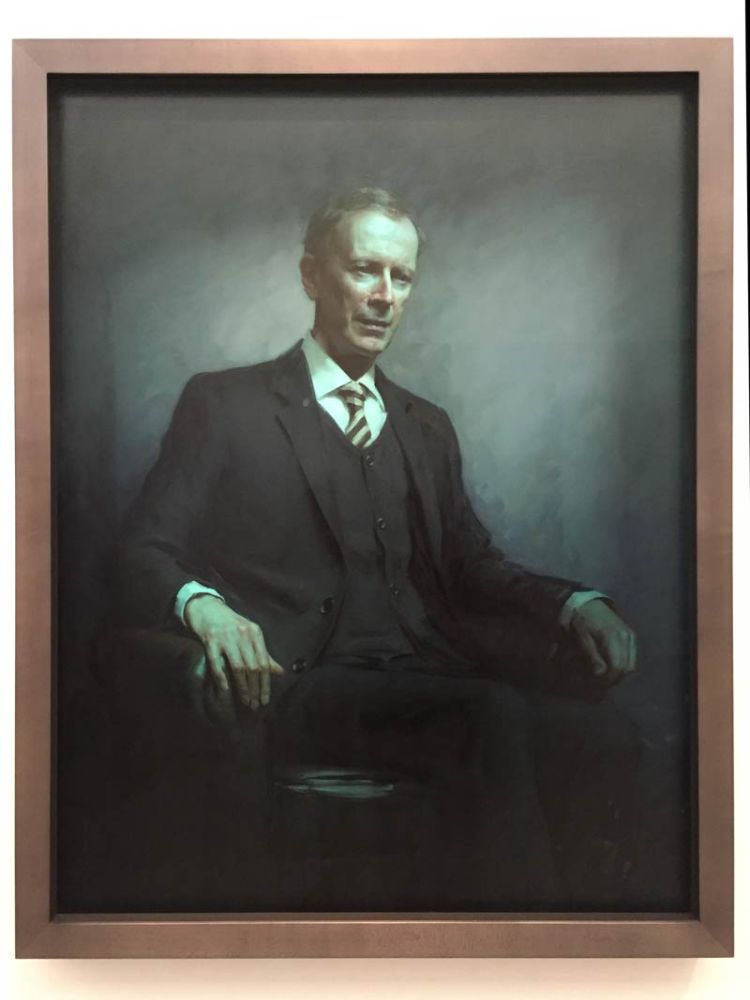 This is my favourite because it is technically so flipping brilliant. It is a painting of Andrew Wiles, painted by Rupert Alexander in 2015. I feel compelled to say the obvious – that the technical art of painting is not dead. The photo here does not do justice to the original but I think you can see the way Wiles is three dimensional sitting in the chair.

Wiles is British mathematician, a professor at the University of Oxford, specialising in number theory.

He is the person who proved Fermat’s Last Theorem, which had eluded the best brains in the world for 350 years. So I think that makes him clever.

A Word About The National Portrait Gallery

The National Portrait Gallery in London is one of my favourites.

It is housed in the same building as the National Gallery in Trafalgar Square, but tucked around the side.

The entrance is modest, and once inside there’s a stone staircase in classical style leads up into a large white space. It is open to two floors with a long escalator along one wall.

The escalator rises the whole two floors in front of you so you see the whole length of it as you walk in. It quickens the senses and gives a sense of anticipation of what there is to see.

There are paintings and photographs – the gallery has lots of both. I’ve seen some of them several times. And others are new to the Gallery. They rotate portraits so there is always something fresh to see.

When we were there there was an exhibition of portraits chosen by Simon Shama. They are described in his book and TV series The Face Of Britain. The portraits he chose are excellent because of their breadth. He’s a bright man and he has described the history of Britain through the portraits. It’s a bit like the paper clip – a great idea and you wonder why it hadn’t been done before. Maybe it has.