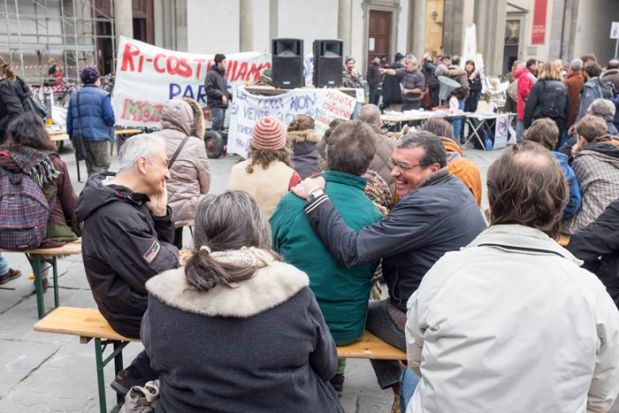 Tamara and I wandered into this Square in Florence while en route to visit the Great Synagogue.

The local people had gathered in the Square to buy and sell on the stalls but also to assemble and march to demand something.

What that something was I was not sure exactly because of course the proceedings were in Italian. But I think I got the idea – agrarianism, respect for the land, community before profit, and so on.

I saw a group talking and noticed how animated they were and how quickly the human interaction went from curious, to serious, to joking, to something else, and back again.

Here are closer images in colour and then in black and white. 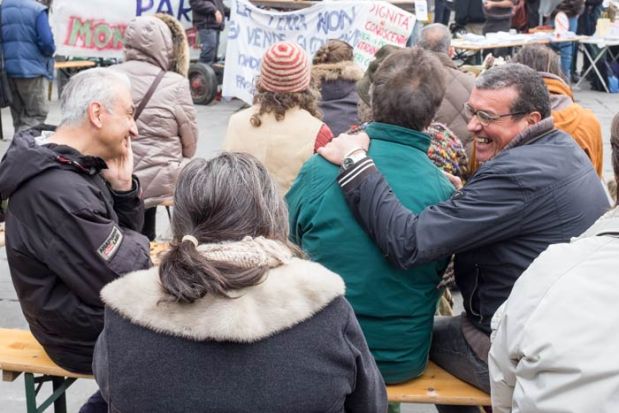 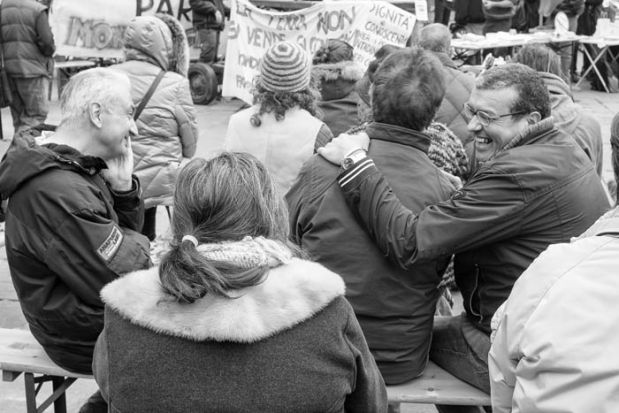 As I said, I passed the Square on my way to visit the Great Synagogue, which is an absolutely huge building.

Tamara too wanted to visit the Synagogue and we met there and then afterwards had a meal at Ruth’s, the restaurant next door.

The space inside the synagogue is unobstructed by columns and must have been quite something when it had a full congregation.

There is a museum on the upper floors with a collection of Judaica and the story of the Jews of Florence during the Second World War. 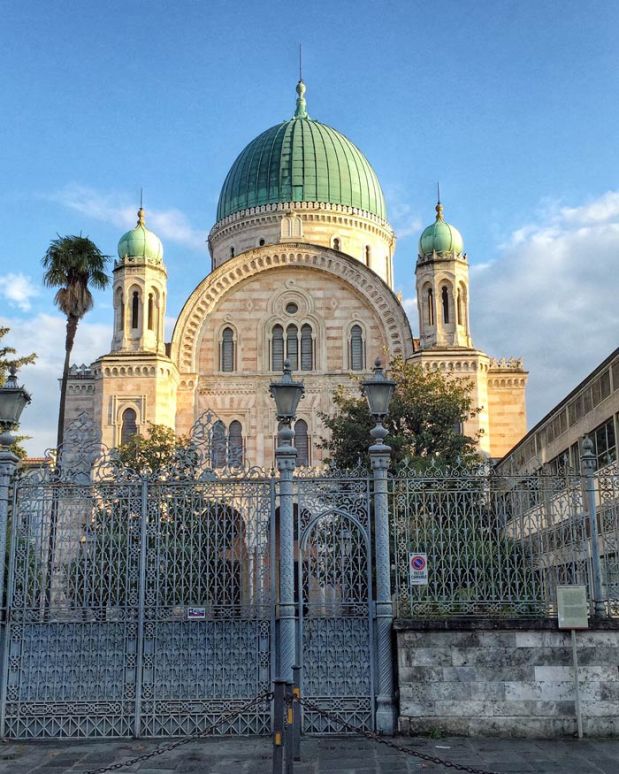