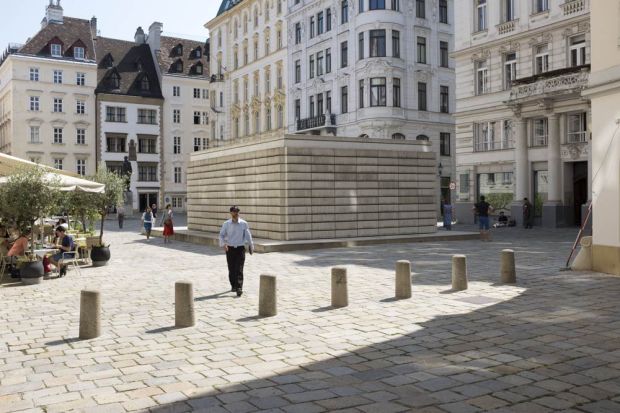 The memorial was unveiled on 25 October 2000. Among those who attended the unveiling were the President of Austria Thomas Klestil, Mayor of Vienna Michael Häupl, President of the Israelitische Kultusgemeinde Wien Ariel Muzicant, Simon Wiesenthal, and Rachel Whiteread, who designed the memorial.

Beneath the memorial are the foundations of a synagogue that stood on the spot.

Behind me is the Jewish Museum, one of two museums in Vienna dedicated to Austrian Jewry.

As you might imagine, there was some resistance to the establishment of the memorial in the Square. I have to say that if I were Austrian and I was sitting in one of the restaurants that flank the Square, I would feel some pressure.

The outside of the memorial looks like a collection of books, their spines facing inward, making up a building. There are no words on the books. There are inscriptions in German, Hebrew, and English in the plinth with the words of the opening quote of this post.

There is a door but no way in. What is the building? Is it a symbolic building representing Judaism? Is it an entrance to a gas chamber? It is also known as the Nameless Library, so maybe it recalls the names of the dead.

Whatever it is, it seems to me that someone has stamped a giant message in the Square. 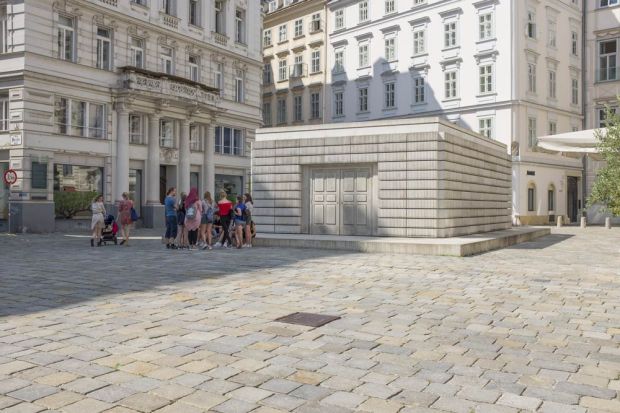 One of the strange effects of the memorial is that depending on where you are standing, it can seem tucked in a corner or it can seem that it dominates and fills the Square.

I wonder how much the designer, Rachel Whiteread, envisaged that as she decided on the dimensions? I guess she made scale models and viewed it from different angles to get the size and placement as she wanted. 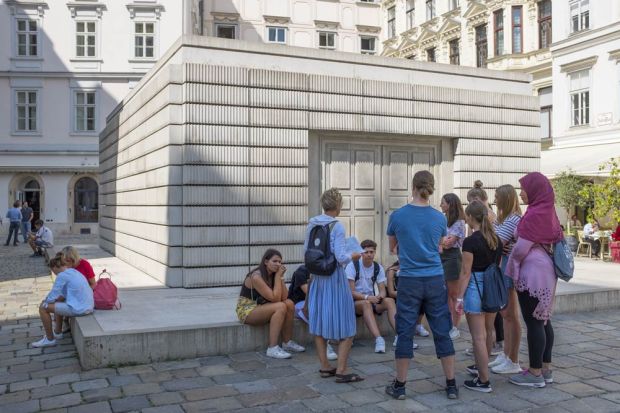