In the centre of Cambridge yesterday there was a man preaching about repentance. He was standing on a box and he had a microphone – one of those headset things with a tiny mic on a wire – and he was arguing with people in the crowd. I have never seen an evangelist heckled before.

I crossed the road to the crowd and heard snatches of what he was saying – that people should repent and that Jesus’s message was timeless.

Shouting against him I could hear snatches of protests: “That’s your interpretation” “You’re a sinner, you are wearing mixed linen and cotton” “I can shout louder than you without a microphone” 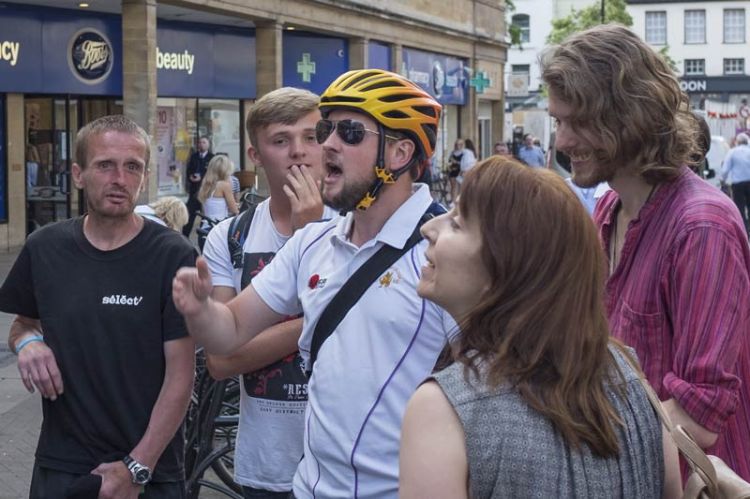 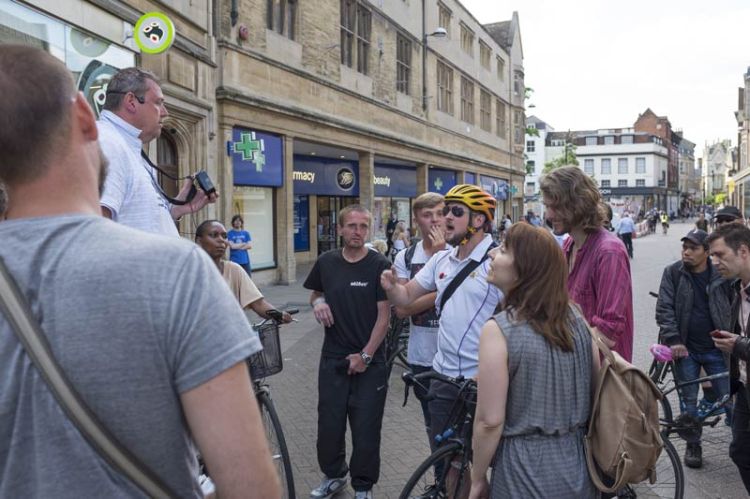 My immediate thought was to wonder why some people felt they had to argue with him. Why shout against a man speaking his truth? It is not as though he was preaching hate or inciting violence. Sure, he was telling people what to do with their lives, but everything around us tells us that.

I looked around the crowd and different people were reacting differently. Some people were smiling, some serious, thinking as they were watching. I couldn’t help but place the scene in the context of 2017 and the political and economic reality of Brexit, of the recent election, and of the terrible fire at Grenfell Tower in London.

I started taking photos, thinking that people were going to notice me doing it, but almost no one did.

4 thoughts on “The Evangelist”