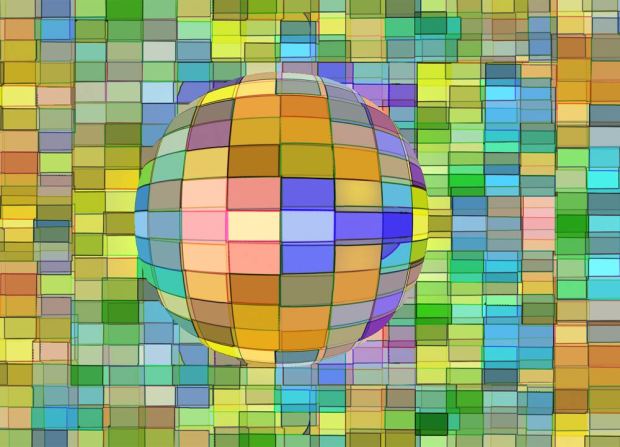 Click the image to see a bigger version. Then read how I made this in Photoshop. I didn’t know what I was going to do as I worked on it and the result is from following my nose.

It’s pretty typical that I will be thinking of something else or working on something and I need a break. Or something starts as a project and then acts as a kind of relaxation therapy.

First I daubed little rectangles of colour with the Brush tool. I covered a part of the area and then duplicated the coloured area and copied it until the whole frame was covered.

I wanted to use the Distort/Spherize Filter tool, so I copied the top layer to a fresh file and converted it to 8-bit so that I could use it.

Then I copied the spherized layer back onto the file from which I had copied it.

I beefed up the contrast of the top layer and then added a layer mask.