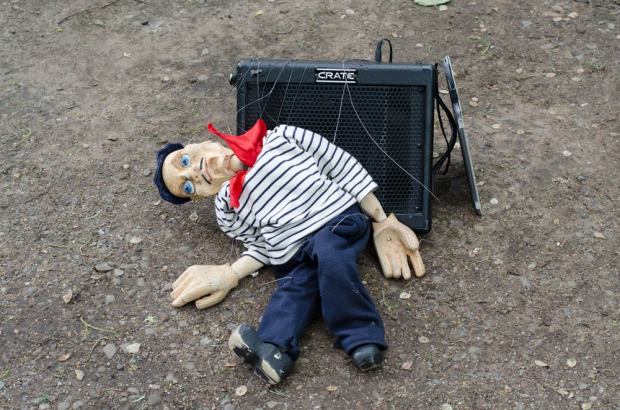 What does he think? What has he seen? Is he happy? Is he sad? Does he feel threatened by all those people tramping past – after all, he is small and they are so big.

No, they don’t notice him. He can rest and recapture old memories of when he was at the top of his profession.

What a come-down, left to sit in the dirt. If they only knew that there was a time he stayed in the best hotels.

Remember that time in Paris, and that adventure in Buenos Aires with the heiress? Those were the days. It was she who gave him the red neckerchief after that dash across the rooftops.

He knows he wasn’t built for the 21st century and urban madness. Give him a country lane and a bicycle, and a dalliance in a cafe where he would never pass again – that’s more his speed.

That moustache has been twirled in places the like of which the world will never see again.

Those hands have touched delights that would make a countess swoon.

Ah well – almost time for the next performance.