The weather was rubbish. It has been an extraordinarily rubbish summer thus far. Today it is overcast – no doubt it will rain at some point during the day. Do I sound bitter? What, me bitter? No, but the overbearing, overhanging, overcast weather does dampen spirits – Give me the sun, the Sun!!

Ah – but on Sunday when I was scouting around for photos, I came across people getting ready – and here is Alice in Wonderland on stilts.

But what attracted me to look closer first of all was a man dressed in green and representing a figure in Hindu mythology. By the time made my way over there the man had undraped himself from the lamppost over which he was entwined and I missed the shot.

Then I saw a man and what I thought at first was a child. And I wanted to photograph them because they were Indian – and somewhat exotic – and India has a special place in my heart.

But when I got closer I saw that the smaller figure was not a boy, but a man. The taller man lit a bidi and they shared it while I photographed them. I asked where they were from and it turns out they are from Rajasthan.

My personal favourite may not carry over into a photo. What I mean is that the experience of being there on the street and seeing Alice on stilts next to the very small man made for a scene that was momentary. 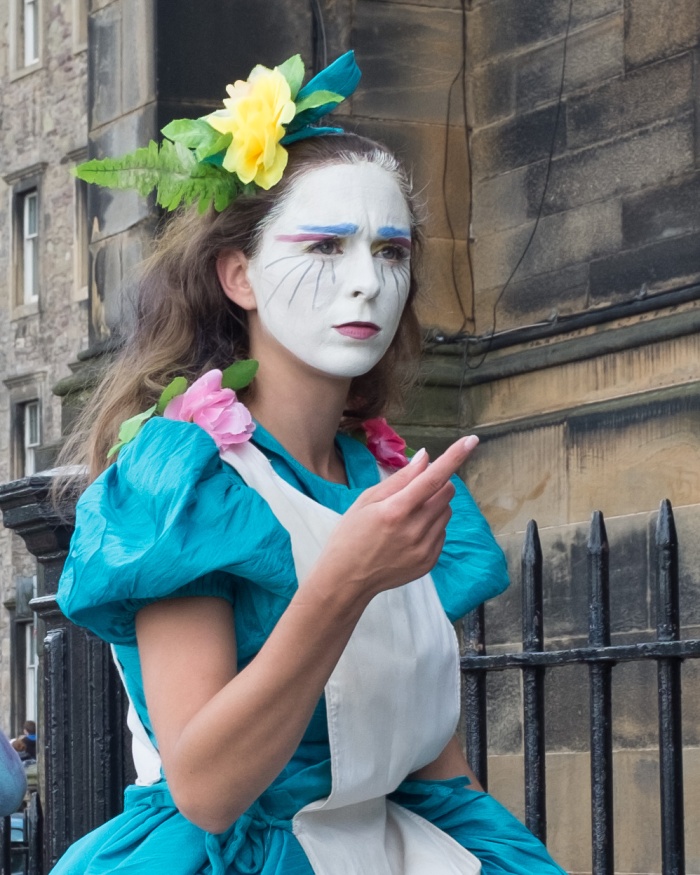 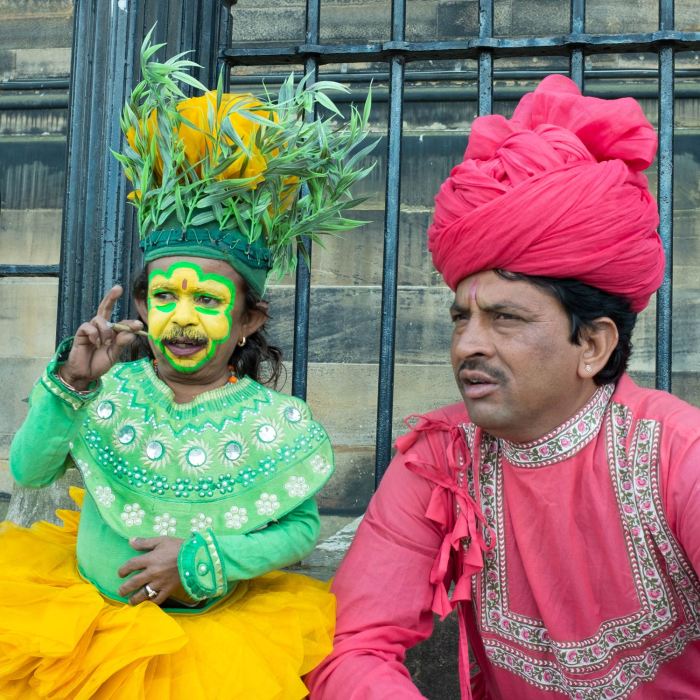 2 thoughts on “Warming Up For The Edinburgh Festival”