There are several rooms in the Victoria and Albert Museum in London filled with classical sculptures. When I say ‘filled’, I mean stuffed to the gunnels.*

Can you guess what I thought when I saw this sculpture?

I thought it was a modern sculpture that was designed as a comment on the classical images of the Cross. I thought the tape and the foam were part of the sculpture.

I don’t think it was such a big leap of the imagination to think it was a modern sculpture, mixing old and new materials in a kind of post-modern, deconstructionist comment on sculpture itself.

However, when I looked at the text accompanying the sculpture, I saw that it really was a classical sculpture dating back to the 1500s.

I guess then that it must have been wrapped up ready for transportation, so I asked one of the attendants and he told me that it was indeed wrapped up ready for its journey – but it had been standing there for several months and there was no indication of when it might be sent on its way.

Does it look to you as though it could be a modern sculpture with the bindings and the foam part of it? 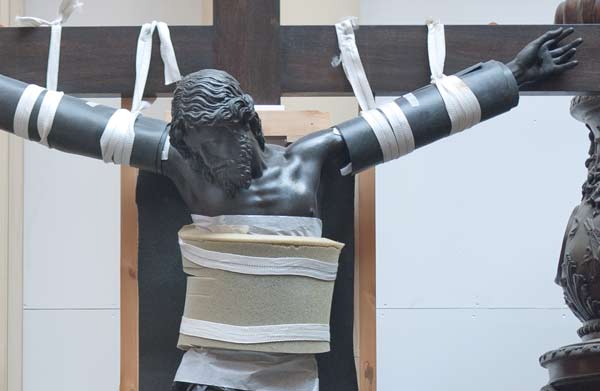 PLASTER CAST
CRUCIFIX
after bronze original
by GIOVANNI BOLOGNA (b.1529; d.1608)
in the funerary chapel of Giovanni Bologna,
the Cappella del Soccorso, in the church of
SS. Annunziata, Florence
FLORENTINE; 1594-98
given by J Sebastian Comper
A. 1968-1
Although Giovanni Bologna acquired the rights to the Cappella del Soccorso from the Dolci family in 1559 as his funerary chapel, he only commenced work upon its decoration in 1594, when was in his sixties.

He designed the chapel with great economy, incorporating sculptural compositions which he had originally designed for other locations

The Crucifix is a replica of the Crucifix which Giovanni Bologna had executed for the Duke of Bavaria in 1594 (in St Michael’s Church, Munich) while the six bronze reliefs of the Passion on the altar of the chapel are replicas of those he executed for the Grimaldi Chapel in San Francesco di Castelletto 1579-85 (now in Genoa University).

Stuffed To The Gunnels

* In case you were wondering, ‘gunnel’ is a variant of “gunwale,” which is the top edge of the side of a boat when the guns were mounted. So ‘stuffed to the gunnels’ means stuffed to the top of the boat with no room for any more. 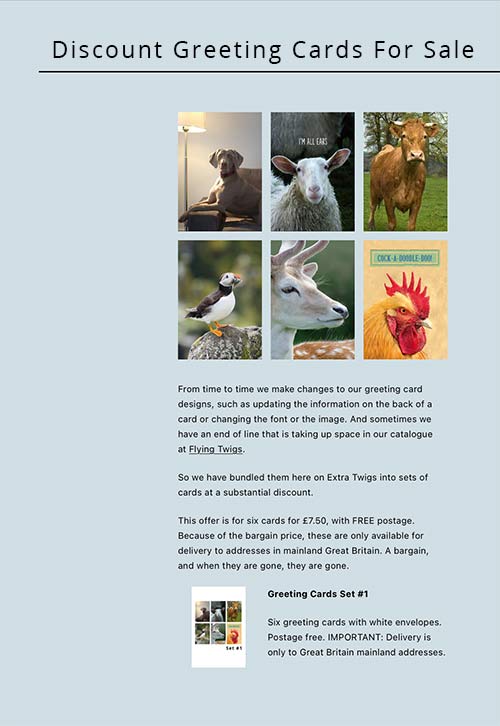